Apparent moves to increase university autonomy will have the opposite effect given the government’s authoritarian tendencies, says Jarosław Płuciennik

It was announced recently that Cardinal John Henry Newman is to be canonised, and there are rumours that he will become the patron saint of scholars and students.

This should interest Poland’s minister of science and higher education, Jarosław Gowin, who is a devout Catholic. Newman was intent on defending English universities against complaints that they were failing to provide the skills demanded by the industrial revolution. His point, expressed in The Idea of a University, was that universities were there, instead, to educate good citizens. However, the extremely technocratic and neoliberal reforms that Poland’s right-wing government is imposing on its university system – in the name of emulating the Anglo-Saxon university model – flies in the face of Newman’s philosophy.

The Law on Higher Education and Science, passed last August and due to come mostly into force in 2019/20 (and fully by 2022), includes measures such as increasing rectors’ powers over university budgets and creating university councils with half their membership drawn from outside academia.

But while it is true that Polish universities do not compare with the world’s very best, this is an unfair comparison given where they started from. They have improved a lot during the last two decades. Many substandard academics appointed in the communist era have already retired, and scholars have increased their publication output and rates of collaboration, both with wider society (including industry) on research and with students on developing new curricula. Greater financial autonomy for faculties has also resulted in better decision-making.

The government claims that the Gowin reforms will increase the autonomy of universities themselves. But while that might be true in a different political climate, the effect will be the reverse, given the authoritarian tendencies of Poland’s ruling Law and Justice (PiS) party. This is why the reforms have provoked the biggest student protests since the fall of communism.

University councils function very well in countries with stable, lawful mechanisms. However, in Poland, they risk becoming a channel via which politicians, both central and local, can interfere directly in science and higher education.

This is not an idle fear. For instance, last September’s appointment of Włodzimierz Fisiak as chancellor of the Lodz University of Technology, one of Poland’s best technical universities, was clearly undertaken to allow the government to wield influence: chancellors have considerable say over finances and staff policy and Fisiak is a senior member of Gowin’s Agreement Party, which is in coalition with the PiS. Since the appointment – formally made by the university’s rector – the university has become enthusiastic about the reforms, hosting several ministerial visits.

Gowin is also known for personally intervening in academic funding decisions, such as those of the National Programme for the Development of the Humanities. Grants in the humanities and social sciences have become almost impossible to get for those working in gender or cultural studies – disciplines that conservatives dislike because of their connection with women’s rights and Marxism. It is the same repressive urge that has seen Hungary’s similarly minded government drive out the Central European University.

It is true that the social sciences and humanities do not contribute to the production of patents and easily commercialisable scientific applications. But the careless overuse of bibliometrics to measure their output will result in banal, predictable and uncritical research. Books must be published by an imprint included on an approved list drawn up by the ministry. But as well as prestigious academic publishers, this also contains non-academic houses close to the ministry’s heart, such as Catholic ones.

Moreover, strengthening the rector’s office will result in the creation of institutions whose central cultural value will be obedience. Instead of moulding creative and critical citizens, as Newman urged, Poland’s universities will produce obedient and soulless subjects to the will of big business and the ubiquitous state.

The fall of the university is the fall of mankind. That is why, despite being a Lutheran, I am very happy with Pope Francis’ decision to install Newman as the Catholic church’s ultimate authority on what a university should be. He may just be the answer to Polish academics’ prayers.

Jarosław Płuciennik is professor ordinarius of the humanities in the Institute of Contemporary Culture at the University of Łódź. 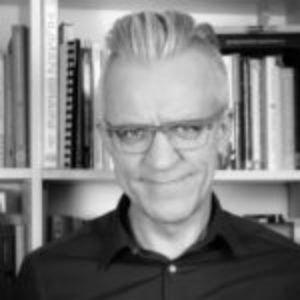