For Poland, introducing euro is, strategically, a very important step. The discussion (so far only theoretical) is conducted in two areas. First, a political debate is devoted to the direction of our integration.

It is significant not only in the light of the crisis the EU will most likely try to jump over by consolidating the integration around the issue of euro, at the same time leaving the states unwilling to do so at the back of integration. Europe of many different paces is still a dangerous notion, yet, a very likely one. Staying outside the eurozone would mean marginalization. This alone is a very good reason for entering the eurozone.

There is, however, a second debate – a strictly economic one. It is basically narrowed down to the discussion on whether limiting transaction costs related to currency fluctuation or monetary policy is even more important.

This, of course, depends on the circumstances, which may change – the fact is, however, that the benefits of eliminating transaction costs are permanent, whereas independent monetary policy is beneficial only sometimes.

Moreover, historical data analysis shows that Polish monetary policy is, as a rule, synchronised with the monetary policy of eurozone, while exchange rate remains in a narrow scope of fluctuations. Actually, for some time, we have already been, de facto, in the eurozone – but without many benefits that a formal introduction of euro brings.

Obviously, this does not mean that in the future the situation will remain the same and individual monetary policy will prove to be not so favorable – however, the integration of Poland with the German economy makes this hypothesis unlikely. We should also bear in mind that an irresponsible monetary policy prone to pressure from local politicians can have detrimental effects, and the governmental urges to finance the budgetary deficit by central bank always remain strong (remember Andrzej Lepper?).

A knife can cut bread, but it can also cut one’s throat. With an increasingly more difficult situation of public finances, such ideas become more popular.

In their book titled The Euro Paradox (Paradox euro), recently published in Poland, Stefan Kawalec and Ernest Pytlarczyk try to include in this debate also another aspect – exchange rate policy. However, they do it very clumsily due to several minor issues.

The authors may have approached the matter in a serious manner, but their book features a strong bias when selecting examples – especially in the case of the countries that managed to overcome the crisis, or simply by omitting the weaknesses of certain arguments they list.

This, however, is not the biggest problem with the publication. The most problematic thing is that the authors believe that exchange rate is like a bike gear.

According to the authors, a country can easily gain back its international competitive position by the means of devaluation. This leads to decreasing national wages from the point of view of their international exchange rate without a nominal drop, which, politically, can be easier to swallow.

If Greece could have devalued its currency, it would have gained back its competitiveness. It sounds like an economic panaceum – and devaluation is often depicted in this way. However:

Of course, the intervention of the Central Bank could be included in this discussion – these are, however, often ad hoc interventions in the face of crisis – which are usually aimed at strengthening and not decreasing the value of a currency. We could, indeed, observe a long-term attempt to decrease the value of Swiss franc by the Central Bank – but although, in theory, this could be done over and over again, the potential consequences of such actions could be catastrophic.

This is why central banks avoid long-term interventions, because they are afraid of using up all the currency reserves (as it recently happened in Russia), or fear a hyperinflation impulse (in Switzerland). In other words, in the regime of fluctuating exchange rates, the authors’ argument makes no sense – even if we take into consideration the role of central banks. Meanwhile, transfers to fixed exchange rates are not suggested by the authors (especially since it is almost the same as introducing euro).

Introducing the notion of exchange rate policy into the discussion about euro does not seem valid. However, the authors claim it to be the key solution. They also give quite a clever recommendation. Eliminating the weakest countries is problematic because its citizens would transfer out as much cash abroad as possible or would keep cash in order to shift to the new currency as little as possible. The authors thus suggest that the strongest countries should be the first ones to leave the eurozone – first, Germany.

Then, the Germans who have money in German banks would be entitled to new „Deutsche Marks”. The currency would immediately become stronger, while euro – weaker. This plan seems reasonable enough – as long as we do not take into account the fact that other currencies also matter. Faced with sich a problem, the eurozone residents would „escape” into dollars to protect themselves from the decrease in the value of euro. Such a mass-scale move could result in bringing about a drop in exchange reates even before the process would even start.

It seems, therefore, that monetary matters will remain one of the key arguments against euro. The proposed reforms – including a joint budget – could to a great extent help overcome some reservations. Which is yet another reason for entering the eurozone as quickly as possible.

Entering a strongly integrated euroland can in the future turn out to be a much greater challenge than entering the EU itself. And this train is already leaving the platform – without Poland.

The article was originally published in Polish at: https://liberte.pl/web/app/uploads/old_data/wlasna-waluta-to-nie-przerzutka/ 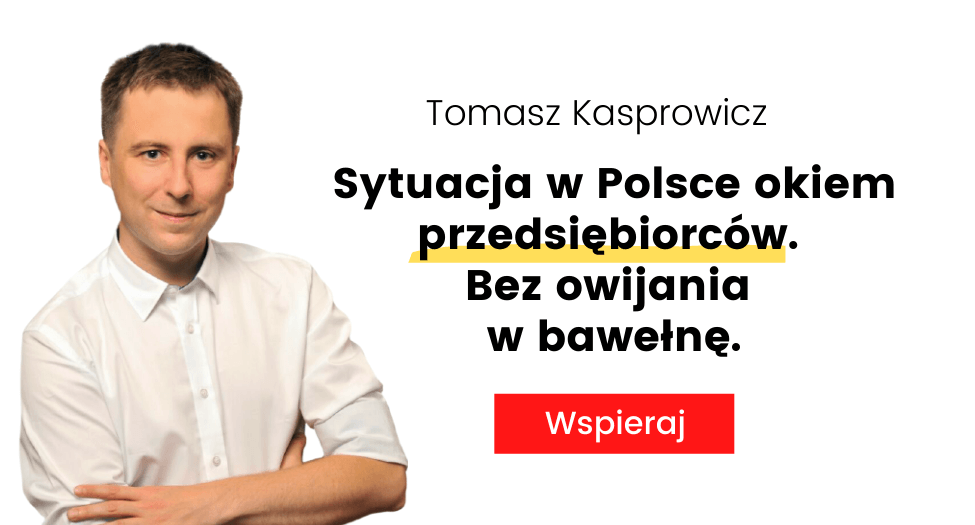