World Is Not Divided Into Men and Women

Let us not divide the world into either black or white, male or female. Polish parliament is not made up only out of men, the law instating ban on abortion is not only about gagging women. It is first and foremost aimed at limiting the rights of the entire civic society, because starting a family and ensuring the health of its members concerns and affects not only women but all of us.

Recently, in the midst of the controversies surrounding the complete ban on abortion in Poland, one of the issues of the Gazeta Wyborcza daily gave voice mostly to female contributors. Most articles dealt with why do the authors object to the idea and give account of private experiences of the writers.

It was a natural and much needed consequence of the ongoing debate since it has shown how complex the issue which is currently discussed by the politicians and public opinion is.

Gazeta Wyborcza did not limit itself to solely one topic of the proposal of the new anti-abortion act and devoted much space to the so-called women’s interests. And so, young female students who took part in the protests against the anti-abortion law voiced their opinion against harrassment in general.

In another article, a journalist from the newspaper informed that while being at the European Forum for New Ideas conference in Sopot (Poland) this September, she was faced with a patronizing and sexist behavior towards her from greybearded CEOs.

As a consequence, I have the feeling that to a great extent the discussion surrounding the anti-abortion law is reduced to the classical war of the sexes. And this makes me sad because it is a discriminative discourse, which tends to regard women as victims whereas men are placed authomatically on the other side of the barricade.

Creating such divisions is artificial and shows a distroted reality. This does not mean that I myself have not experienced behaviors mentioned by the women on the pages of the abovementioned newspaper. I also was molested, treated condescendingly due to my age and gender, I also faced sexist remarks.

But life has thought me that I can fight with such behavior and that society supports denouncing such troubling instances. Men do not have such a right.

How many boys who reported that they have been molested by an elderly female professor do you personally know? How many of those who were raped by a female friend? I know that while you read this questions most of you will simply smile in disbelief – after all, men cannot be molested since the are always up for it, right? It is even worse when it comes to domestic violence, which affects not only women but in some cases also men.

A woman, after having drunk a few shots of vodka, is equally dangerous as a Polish male alcoholic. Let us, however, imagine a husband who reports such a situation to the police. The sheer absurdity of such a scenario is undoubtadely noticeable.

Finally, yet another dimension: sexist compliments, which left the abovementioned journalist of Gazeta Wyborcza speechless. I myself have more than once been the subject of such a behavior and it always makes me furious but let’s not be hypocrites – many Polish women gladly accept such compliments without deflection and do not have the need to intelectually stimulate themselves with anything more than a glossy magazine while having their nails done.

The same goes for men – there are those who seek intellectual partnership in a relationship and those who want a pretty thing to have by their side at all times, nothing more.

Straight to the point then: let us not divide the world into either black or white, male or female. Polish parliament is not made up only out of men, the law instating ban on abortion is not only about gagging women. It is first and foremost aimed at limiting the rights of the entire civic society, because starting a family and ensuring the health of its members concerns and affects not only women but all of us.

A man cannot get pregnant but it is also his problem when his girlfriend gets herself a bun in the oven or when his wife’s pregnancy faces complications. The decision regarding the potential abortion is very rarely made only by women, usually it includes talking to a partner. It is a social problem – it connects, not divides.

The same goes for the other side of the barricade – only the men of cloth stay not-so-quietly in the trenches. Catholic Church has always been carried on the backs of women – they are the sternest believers and followers of the priests’ will. The majority of the society, which so far trusted the Church with no reservations and which without giving it too much thought supports religious fanaticism, is now faced with a dillema which makes them think about the consequences of making the existing law more rigorous.

However, everyone is afraid: women and men. Because the problem affects our collective future.

Poles instinctively understand this and this is why they quickly joined the protests on Facebook and in real life. We can no longer talk about the revolution of umbrellas, the rebellion of average Polish women (as it was depicted by the “men in black from the Gazeta Wyborcza daily”). It is a protest of this part of the society which understands the repercussion of changing the legislation.

Because – let me emphasize it once more – it affects all of us. Let us not reduce the discourse to the war of the sexes. It is not about that this time.

The article was originally published in Polish at: https://liberte.pl/nie-o-powtorke-z-seksmisji-tu-chodzi/ 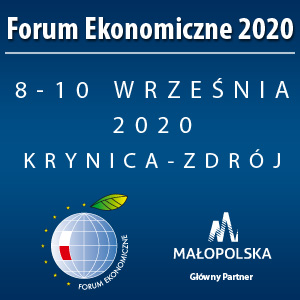 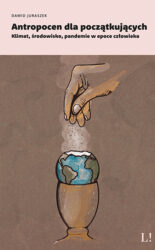