There are many possible interpretations of the current state of the European community. Many experts claim that the existing tensions are a symptom of its nigh demise.

Others believe that it’s quite the contrary – that the way in which the European Union has dealt with various crises that have been recently hitting it (financial, migration, related to the Brexit negotiations) shows how strong an organism it is, in spite of how serious are the challenges it’s been facing.

Personally, I find the second interpretation to better resemble the reality.

Far too often we underestimate the strength of the EU. However, there is one thing that many experts may actually agree on. In the last few years, the EU has been experiencing various perturbations and struggling with a number of issues.

At the same time, the dynamics of its political development has at some structural point halted and there is no feasible idea on how to further strengthen the EU – an idea that would actually show how to deepen the European integration while at the same time employing the potential of European citizens.

Moreover, currently, the military conflict between any two EU member states is still more likely to occur than between California and Tennessee or any other states in the United States. One look at various right-wing newspapers and the strategy of reviving historical resentment and Polish-German conflict they employ in their narrative makes us realize that underneath glossy and seemingly peaceful politics there still lurk demons that in unfortunate circumstances might yet resurface.

Alas, the abovementioned example is not an exception in Europe – let’s not forget about the resentment of Hungarian nationalists towards Slovaks or a still smoldering conflict between Flanders and Wallonia, which could break Belgium apart in the future.

This is why the feeling that even though the European Union in the current form may last a long time, its current structure is not a final one that would safeguard endless European peace, is so prevalent.

Politically broad societies still function on the level of nation states. Meanwhile, on the European level, politics is still reserved for the exclusive elites. On top of that, these elites weren’t given neither sufficient institutional support nor enough space that would enable their further development.

Political elites still operate mostly on the national level, where key political conflicts play out, events that evoke strong emotions in the society take place, and where all the processes that contribute to the creation of people’s identity and their involvement in the community occur.

As a result, it becomes obvious that the current set-up for the majority of members of respective societies means that the state will remain their main point of reference and an agent towards which they shall channel their engagement. For most people, European politics will thus remain a sidetrack, a background, something less focused.

This problem is not a new phenomenon. European federalists have been trying to address it for years – including the Spinelli Group. Their proposals were, however, a utopia – and I think they will be nothing more than that. Nobody will put forward a pan-European ballot for elections to the European Parliament. Never has there been any social pressure to do that.

Moreover, such a solution might have a detrimental effect on party interests and the position of the key political players in Europe. In this context, nobody will lobby for such a solution – irregardless of whether they are conservatives or liberals. To bring about a federation, either citizens or the elites would have to want that.

Therefore, before any ideas that could lead to creating a stronger European federation – one that is desirable for both Europe and its citizens in a geostrategic sense – may be brought to the table, we must first create a set of mechanisms that would enable building a wider “political Europe” and involve its citizens in this process.

The first step should thus be creating a pan-European agora combining instruments and institutions that would help develop highly engaged European political society. Its emergence is necessary if in the future we intend to even consider bringing about closer federalization of the EU member states.

Citizens must be emotionally engaged in the political life on the European level. But how are we to achieve this goal?

I believe that there is one relatively simple and natural solution that would kick off other mechanisms. What we need is a President of the European Union elected democratically by all European citizens by means of a general election.

There is nothing more engaging than actively electing the head of a common Europe. This change would be a symbolic gesture of great importance – just like in the case of the Queen for the British Commonwealth or a President for the United States.

We need a President of Europe to be the symbol, electing whom by all citizens of the EU member states would contribute to building European identity and being directly involved in European matters.

People have a tendency to identify with their leader – with a concrete person, not with an institution. Retaining a limited scope of the president’s competences would ensure that this change would not be actively opposed by the political elites because as a result of this reform none of their current privileges or real power would be taken away from them.

A reform of this kind would stimulate a completely new social and political dynamics. I am convinced that should such a pan-European election be introduced, national media would simply have to devote more time and space to European issues. New pan-European media outlets might also emerge.

In a dozen years or so, this new social dynamics might help introduce the next steps leading to a real federalization of Europe (also in terms of its hard competencies and the scope of its power).

Pressure from the society may be a decisive factor in this regard. However, the most important aspect of this change will manifest itself in the minds of citizens, who would have their own contribution to creating closer links between individual Europeans, as well as European community and identity.

In light of the growing power of new world leaders (such as China, Brazil, India, or even Nigeria) and of the old ones (such as the United States and Russia), neither Europe nor individual member states can afford becoming divided and ravaged by internal conflicts.

Either Europe will become united, or it will end up a completely marginalized peninsula that would eventually serve as a vassal of the global hegemons. Hegemons who often cultivate values that are very different from the liberal ideas of the contemporary Europe as well as from its Christian roots – which are typically emphasized by the opponents of the EU.

Only a liberal and united Europe may safeguard liberties for Christians – a dismembered continent ruled by foreign powers might not offer them this opportunity. The federalization of Europe should, therefore, be a common goal for both liberals/progressives and Christian democrats/conservatives.

This is why the time has come to launch a new symbol and say in one voice: We, the citizens of Europe, demand the right to elect the President of the European Union. 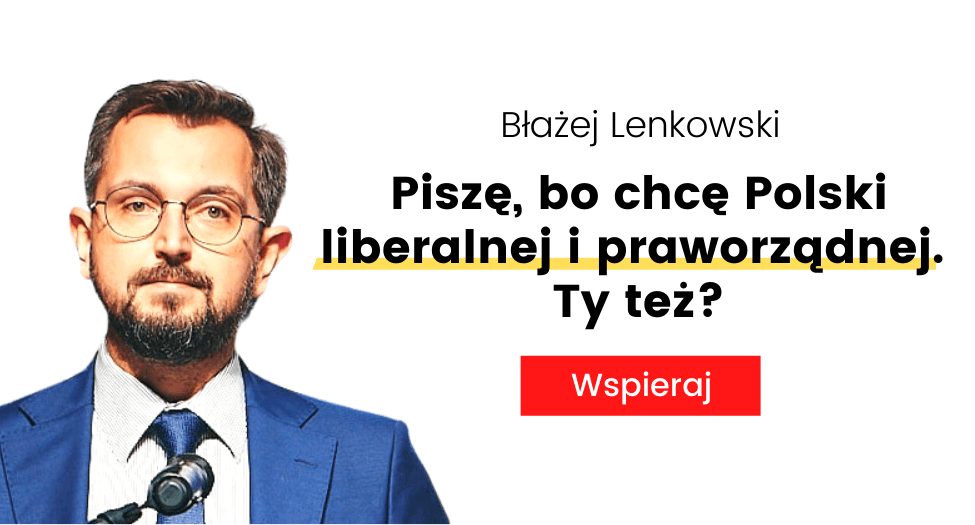