I Am the Party: Polish One-Man Political Parties

The local government elections in Poland will take place a few days from now and the majority of public attention is focused either on the races for the presidency of the largest cities, or on the results of the battle for the regional assemblies, which will serve as a forecast of a real power balance between the Polish parties. In addition to all these turmoil, there is Robert Biedroń.

The President of Slupsk resigned from applying for re-election and announced that he would return to the national level of politics, and that shortly after the New Year he would start a new „political project”, which he would like to introduce first to the European Parliament and then to the Polish Parliament.

So, the Biedroń’s initiative is still almost six months before its „birth” and is already stirring a lot of emotions. There are, of course, positive emotions from voters with center-left views, who could not make the optimal choice from the existing party palette.

There are also negative emotions from all other opponents of PiS, who in this new political being see a source of further fragmentation of the opposition electorate opening a road to re-election in autumn 2019 to Kaczyński’s party. However, these predictable reactions are not the greatest threat to Biedron’s idea .

The success of Biedroń’s movement is due to two reasons. The first one is timing. Biedroń is not responsible for this – he opened the curtain of his performance much too soon because he had to clear his personal status in Słupsk before the launch of the local government campaign.

The public will probably get bored long before the premiere. It is clear that the optimal moment for announcing a new initiative aimed at starting in the European and parliamentary elections would be the early spring next year. But the Biedroń’s party has already been revealed. Of course, not formally, but it is already included in opinion polls.

As a result, the president of Słupsk launched a new „political project” at the beginning of the election campaign, in which it does not take part. The period of „honeymoon” and „political freshness” will pass at a time when the attention of citizens will be attracted by other politicians, who are actually now fighting for power in local governments.

After this campaign, the only way for Biedroń will be to reload his movement, this time without the atmosphere of starting something new, without this focused enthusiasm, maybe with first conflicts and fights between the activists hidden behind the scenes of subsequent meetings with supporters.

In addition, a good result by Law and Justice (PiS) in the elections to the regional assemblies resulting in taking over, for example, eight voivodship marshal offices by Kaczyński’s people, will lead to a bad mood among opposition voters, and so the call for unity will reign supreme.

But the second, even larger question mark on the chances of success of the new political initiative of Robert Biedroń is a result of its design. The future political party of the president of Słupsk will be the next party in a galaxy of political „projects” based on one single pillar – the popularity of one man.

In Polish politics, this has happened many times in the last decade and the results were almost always the same. After a medium-scale success in the short-term, there was a defeat in a few years. No such party, built from scratch by the power of one man – energetic, popular, and touring the country like a pop star – did not pass the test of time.

In fact, in every part of the political scene, such projects have already been attempted. Andrzej Lepper built Samoobona in the nationalist-social sector. He survived two terms (but one was shortened) and disappeared.

Janusz Palikot built Twój Ruch in the social-democratic-permissive sector and disappeared not long after one term.

Ryszard Petru built Nowoczesna in the liberal-center sector and he himself disappeared also during the first term. His successor now attempts to save the abandoned party, but for the price of entering into a coalition with a predominantly dominant partner. The future of Nowoczesna as an independent subject seems unreal today.

Finally, Paweł Kukiz built Kukiz15 in the nationalist-libertarian sector and still has a chance for a second term, according to polls, but he parted ways with so many people that this has to be verified by the real election lists and their results.

In each of these parties the instability of structures was an everyday reality. The electoral success of the entire group of thousands of people depended on the popularity of the leader, one man. This is a recipe for defeat. No man can escape the mishap.

A properly constructed political party must be able to withstand the fall of the leader, must have other sources of social support, apart from his or her positive perception or a high position in the confidence rankings. Strong sources of support must be present in the political program, in the concept of representing the interests of specific social groups, or in the ideological set of views.

The ability to create new leaders must be preserved. This is not possible in the conditions of a movement founded on the initiative of one man, which is basically his personal, original work, and to which he claims exclusive rights and leers with jealousy at anyone who wants to break out and make a career in „his own” party. And since he’s been leering, he puts obstacles in others’ way.

Such parties are killed by the ego. Meanwhile, they are, unfortunately, not free from careerism. The „old” parties are said to be hierarchies of people laboriously climbing up and ready to give up all views, ideals and political values ​​along the way for such a career.

This is largely true, but the parties born of an impulse around one inspiring leader are, in turn, a good place for those who do not want to start from the bottom in the „pecking order”, but instead want to start on the second, third level from the top. Some do it for the sake of an idea itself, but some only want to enter the system through the side door.

With the first problems faced by the leader, such people land in other parliamentary clubs. The parties are falling apart and their crisis is turning into a snowball.

The mission of Katarzyna Lubnauer in Nowoczesna is, in fact, a pioneer attempt. She is trying to transform the „political project of a popular leader”, which has suddenly lost his popularity, into a normal political party. A party with a program, a specific world view, to which people enlist because they are center liberals, and not because they fall for the leader as he was a pop star.

This is the first such attempt. I support this mission, but extremely challenging framework conditions make it very difficult to succeed. Robert Biedroń should now consider how to build a movement that would really be a tool for repairing Poland, and not a materialization of his personal fame. One, that will survive and will continue to serve citizens, when he himself is discredited.

The article was originally published in Polish at: https://liberte.pl/partia-to-ja/ 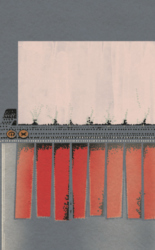